A year in review: what happened on social media in 2019

The world of social media is ever-changing, so no wonder there is something to say about each platform. It was quite difficult to pinpoint the biggest newsmakers since there were so many updates and changes and controversies in the social media space this year.

So what were the main themes for Facebook in 2019? 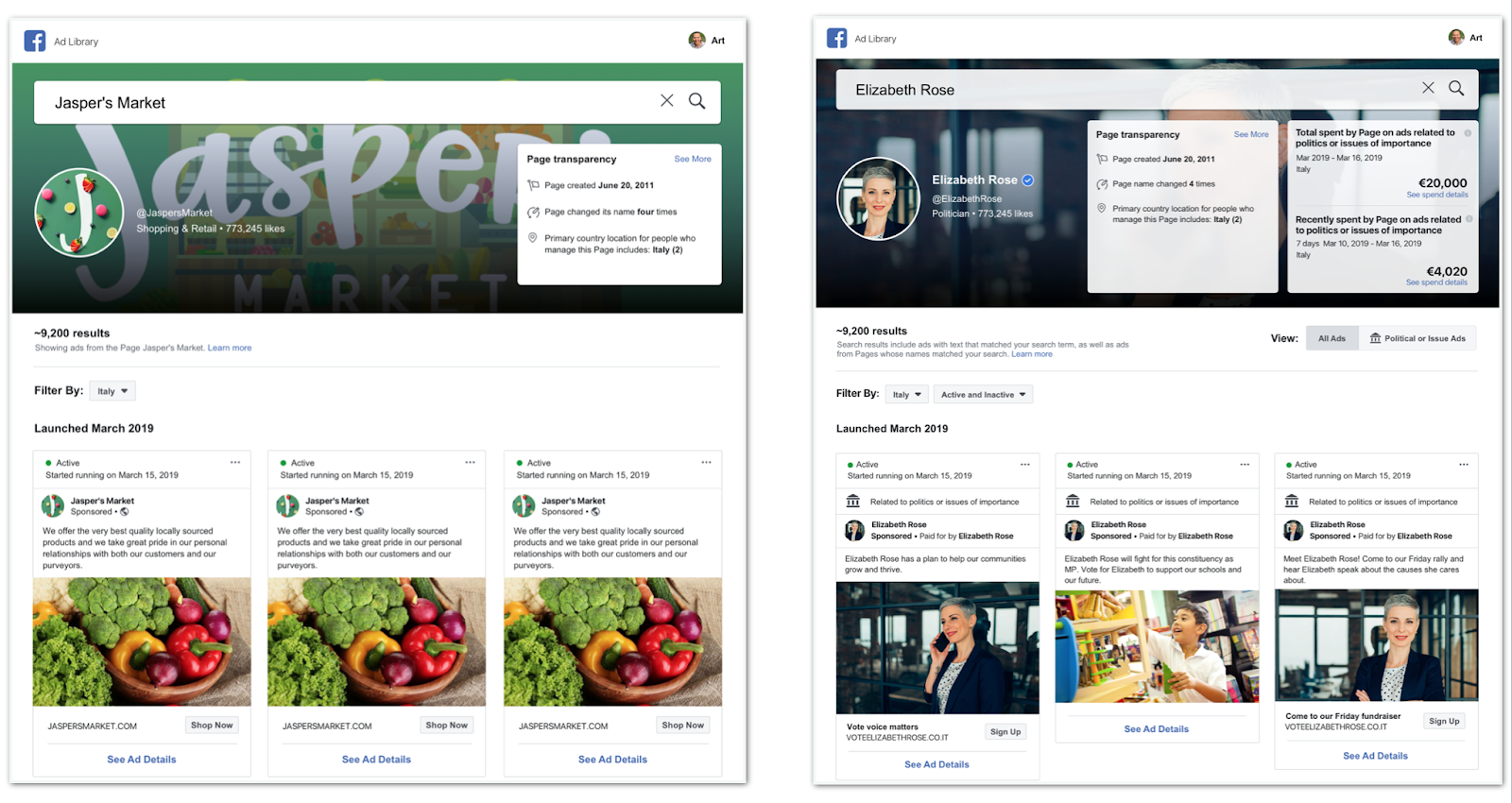 There were some features announced that caused ut to go “What, hell yeah, what?” I’m mainly referring to Facebook Dating here.  Calibra cryptocurrency wallet was another one but it seems like it will face a lot of setbacks before it launches.

We would nominate Facebook’s efforts to regulate Ads and make them more transparent for the most exciting (and important) update of 2019.

These efforts included more transparency for users (Why am I seeing this? feature, the access to Ad Library) and more regulations for advertisers such as restricted targeting to prevent discrimination, regulating diet-related ads and more. As Facebook becomes one of the most influential advertising platforms in the world, they are taking on more and more responsibility and are trying to handle it the right way. Whether they succeed or not is another question.

As of this moment, we see three main trends for the company.

Facebook has A LOT to deal with next year and the upcoming 2020 elections will only bring more spotlight to the company. Even though the constant privacy scandals don’t seem to bother Facebook users this much, Facebook understands the need to clean up its reputation which will possibly result in more regulations for publishers, advertisers, and third-party tools.

The focus on private communication is an extremely lucrative decision: on the one hand, it is what the users want, and on the other, it forces brands to pour more money into Ads.

We also expect Facebook to keep integrating all its assets. As it became clear from the F8 conference, Facebook is aiming to build more connections between the platform, Instagram, WhatsApp, and Messenger. We’ll probably see more features that will enable us to communicate across these platforms.

Instagram has had a much more positive year than its owner company. It still has the attention of Gen Z, the company tries to stay away from data security scandals and roll out a couple of popular features. Instagram remains exceptionally good at copying something other apps came up with and making it ten times more popular on their platform — take notice of the explosion of AR filters we witnessed this year, which were first introduced on Snapchat. 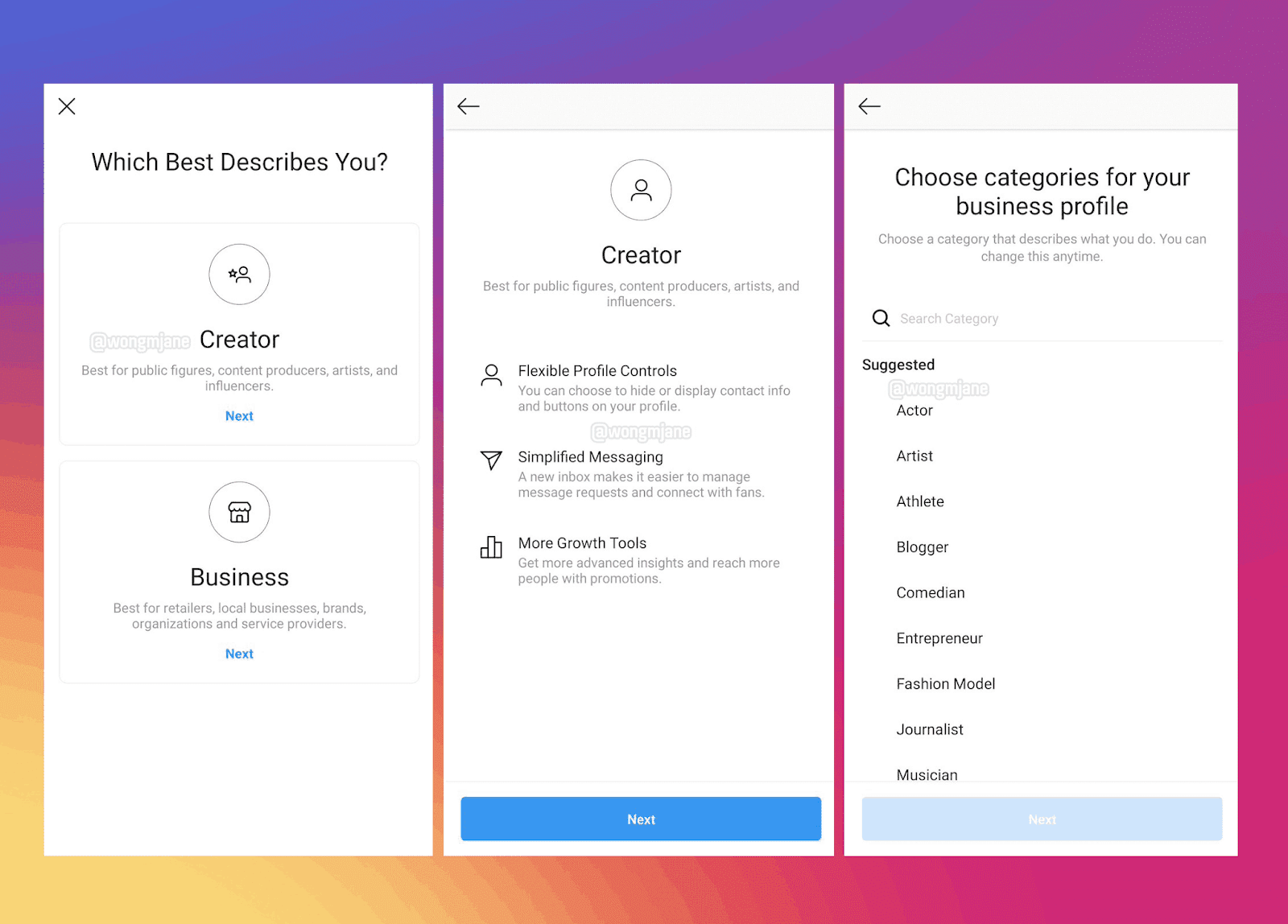 Obviously, the most exciting thing that a social media company could announce is a new app — but Threads struggled to make a notable buzz so it’s too early to sing praises to it. Instead, the most notable and viable feature the company launched this year is Creator Account. It goes to show that Instagram cares about its audience: by giving more insights and tools to profiles with over 10,000 followers, they are empowering influencers, who had the most success on Instagram out of all the platforms. 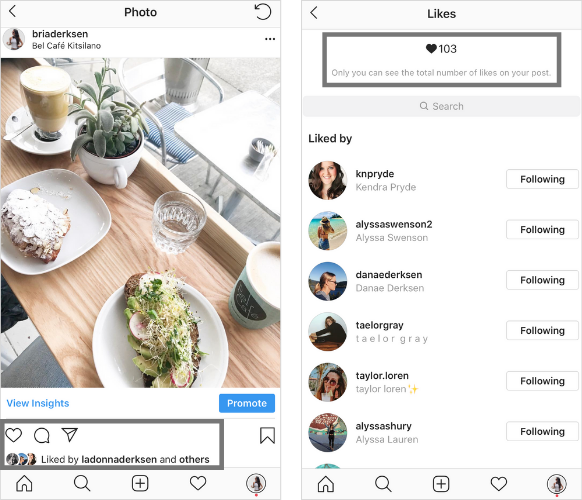 There was no competition in this category: the announcement that Instagram might start hiding like count blew up the Internet. While Instagram is not the only platform that’s thinking of throwing likes away (Facebook is testing it, and Twitter might join), it is the platform where vanity metrics play a major role for brands, influencers, and regular users. If Instagram gets rid of likes, it could not only improve mental health of the users but also change the way brands work with influencers. Of course, you’ll still be able to see your own like count, but how will our perception if other people’s accounts change one we don’t know how popular they are? I guess we will soon find out.

So, once again, there are quite a lot of directions Instagram is taking. For 2020 the predictions are:

Out of the Big Three, Twitter is always an underdog — it has the slowest growth rate, the lowest number of users, and doesn’t make as much money from ads as the other two platforms.

However, it doesn’t make Twitter any less inclined to try bold moves. This year the company completely redesigned its desktop version, significantly tweaked the app, and introduced a whole new app to test out major UI changes. 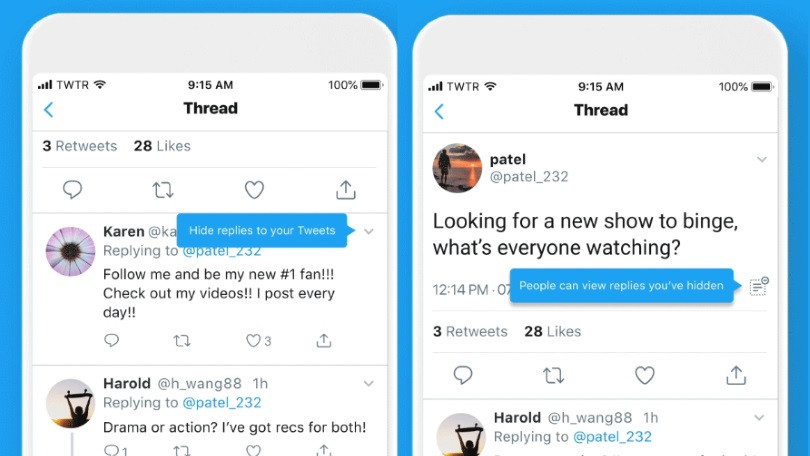 I don’t know if you could call it “exciting”, but one of the most important introductions to Twitter this year was the option to hide replies to your tweets. Twitter has been criticized for its inability to handle abuse on the platform multiple times, so this feature shows that the company is actually prioritizing this direction.

Twitter’s decision to ban political ads on the platform amidst the American election cycle in juxtaposition with Facebook’s inability to sort out the whole fake news problem made the former look good. Perhaps, this is the beginning of a trend?

Twitter is so intrinsically dependent on user interaction (as opposed to, say, Instagram, where you could just post content) that a significant UI change such as getting rid of vanity metrics or the option to subscribe to threads of the people you don’t follow could change the way people use it. And if we judge by the twtttr app tests such changes are highly likely.

It will also be interesting to see how Twitter handles issues of safety and censorship on the platform. Turning down political advertising was a widely popular move, but Twitter still has a problem with allowing extremists to use their platform and I wonder if they will be able to handle it next year.

Let’s be honest, LinkedIn is not the first platform that comes to mind when you hear the word exciting. However, this year the company introduced a bunch of updates, changed its Feed algorithm and gave more tools to companies and advertisers which all in all made LinkedIn a better and more compelling platform. 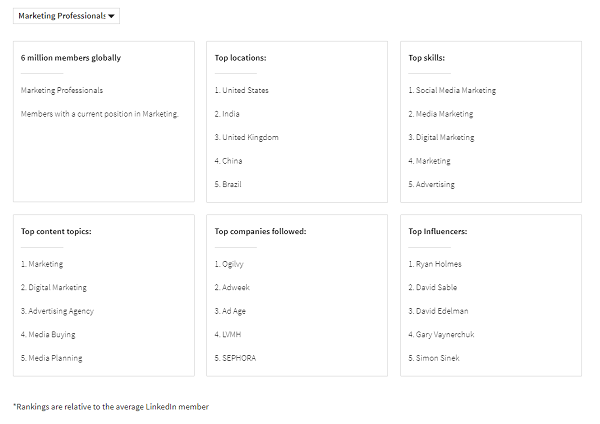 LinkedIn did a good job of perfecting and tweaking what they already had (algorithm and groups) and introducing new features, so we have plenty to choose from in the category. In February the company introduced live streaming and later this year LinkedIn announced new Events feature similar to Facebook events, even though it’s much more limited in functionality for now. But the main change that businesses should pay attention to is improved targeting for advertisers and audience research for businesses. After all, LinkedIn is primarily a place to look for employees, so the more tools you have to advertise your company and laser focus your hiring efforts, the better.

LinkedIn is not the company that gets a lot of media coverage: it’s rarely a center of a privacy scandal or a socio-political debate (which seem like two main reasons social media companies get news coverage nowadays). The most notable and important event that happened this year was the Feed algorithm change. Instead of focusing on viral posts, LinkedIn now takes “People You Know, Talking About Things You Care About” approach when deciding which posts to show you first. The LinkedIn feed may also surface posts from people a user is not connected with if they’re relevant to the user’s professional interests. For brands, it means making their content more personable if they want to appear in users’ feeds.

The only conclusion to draw from all the 2019 updates is that LinkedIn is gearing towards giving businesses more. Surely, Events soon will be enhanced by opportunities for paid promotion. Better ad targeting also assumes that brands will spend more money on the platform.

If you allow us to be sentimental for a moment, we feel bad for Snapchat: anything brilliant they come up with immediately gets copied by competitors. Of course, you should never feel bad for a multimillion-dollar company, especially, if it’s doing surprisingly well. The number of Snapchat users actually grew in 2019 thanks to Android app rebuild and extremely popular AR filters such as the gender swap filter. 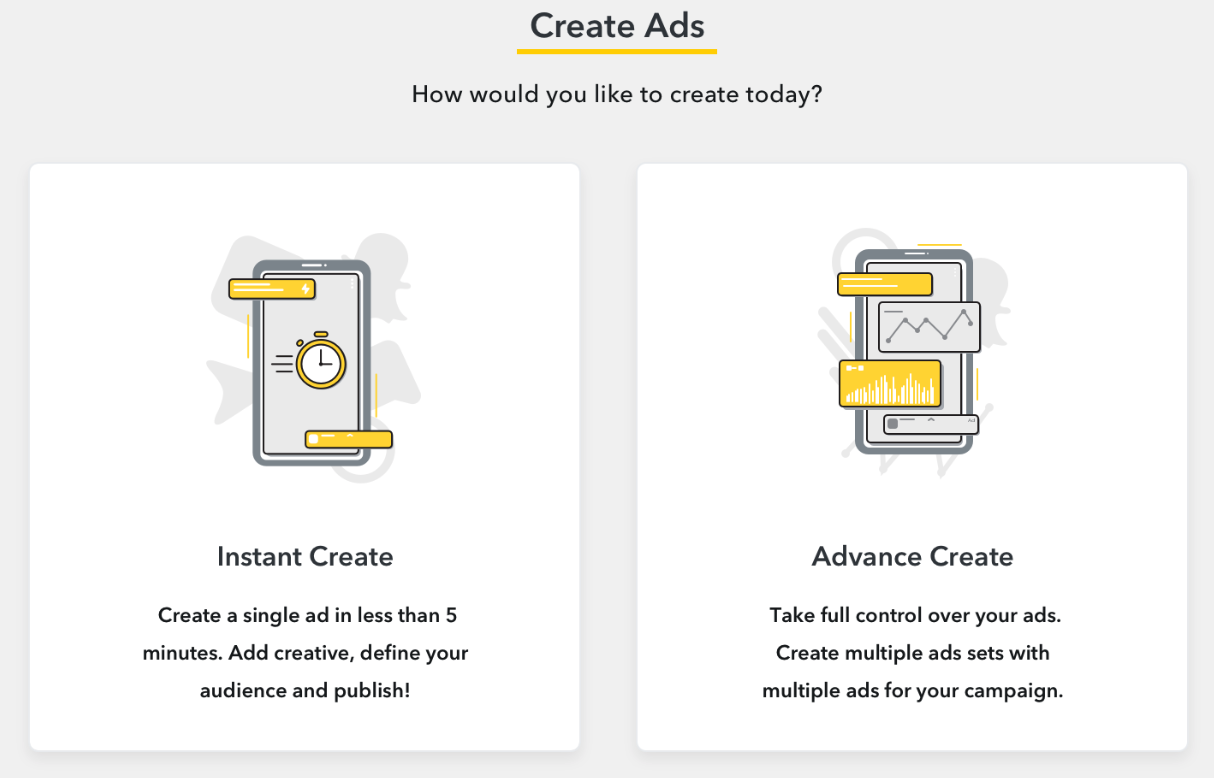 As much as we’d love to select one of the ridiculous AR filters as the feature of the yearthe update we chose to highlight is the Instant Create feature which allows you to create ads in 3 easy steps with minimal effort. By simplifying ad creation for brands, Snapchat attracts more advertising dollars and boosts advertisers’ capabilities at the same time — a win-win situation.

It was extremely easy to choose the biggest news of the year, cause Snapchat has done the unthinkable — the company has been considering introducing permanent snaps. This would be a major change for a company that is fully focused on ephemeral content.

Considering that 2019 was a good year, we can imagine that Snapchat will double down on what worked for them this year: creating more viral AR filters, improving ads, and investing in professional content on the platform. It will be interesting to see whether the company decides to venture into permanent snaps after all and whether Instagram’s Threads will steal some of the user base as we’ve seen with Stories.

The biggest theme for TikTok this year was its rise to popularity. In February it hit 1 billion downloads globally and since then has remained one of the top apps even beating Facebook’s growth speed. Even though it started out as a platform for Gen Z, by now you can find everyone on there from the Washington Post to priests. 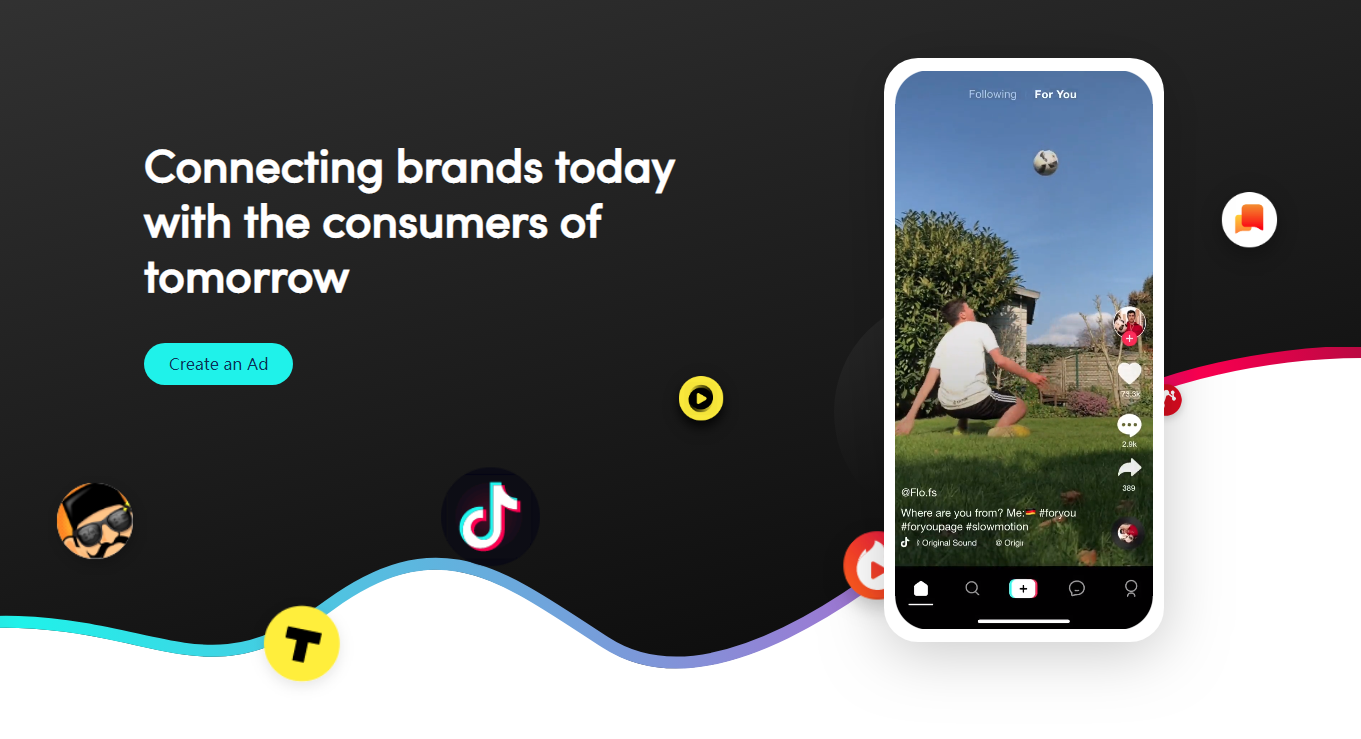 Surely, the most significant update was the introduction of ads to the platform — now brands can promote their products and services on TikTok. The company rolled out tests in the middle of the year for selected brands, and by the time I’m writing this roundup, anyone can create a TikTok ad.

Even though TikTok is a fairly new platform, it still managed to get involved in a PR crisis. In October it became known that the company was using the content shared on the app for advertising purposes without users’ permission. The creators of the videos used in TikTok’s external promotional campaign were not paid or even notified that their content was posted elsewhere.

In conclusion, we’d like to pinpoint four major social media trends we expect to develop in 2020: