Ever come across a TikTok video even though you’re not on the platform? Odds are you’ve probably seen at least one of those viral lip-syncing videos, or screencaps and gifs from meme-worthy content across your other social channels, like Instagram and Twitter.

One great example of this type of meme spreading across social is the “Kombucha girl” meme. Here’s one example repurposing stills of the video for a Twitter meme: 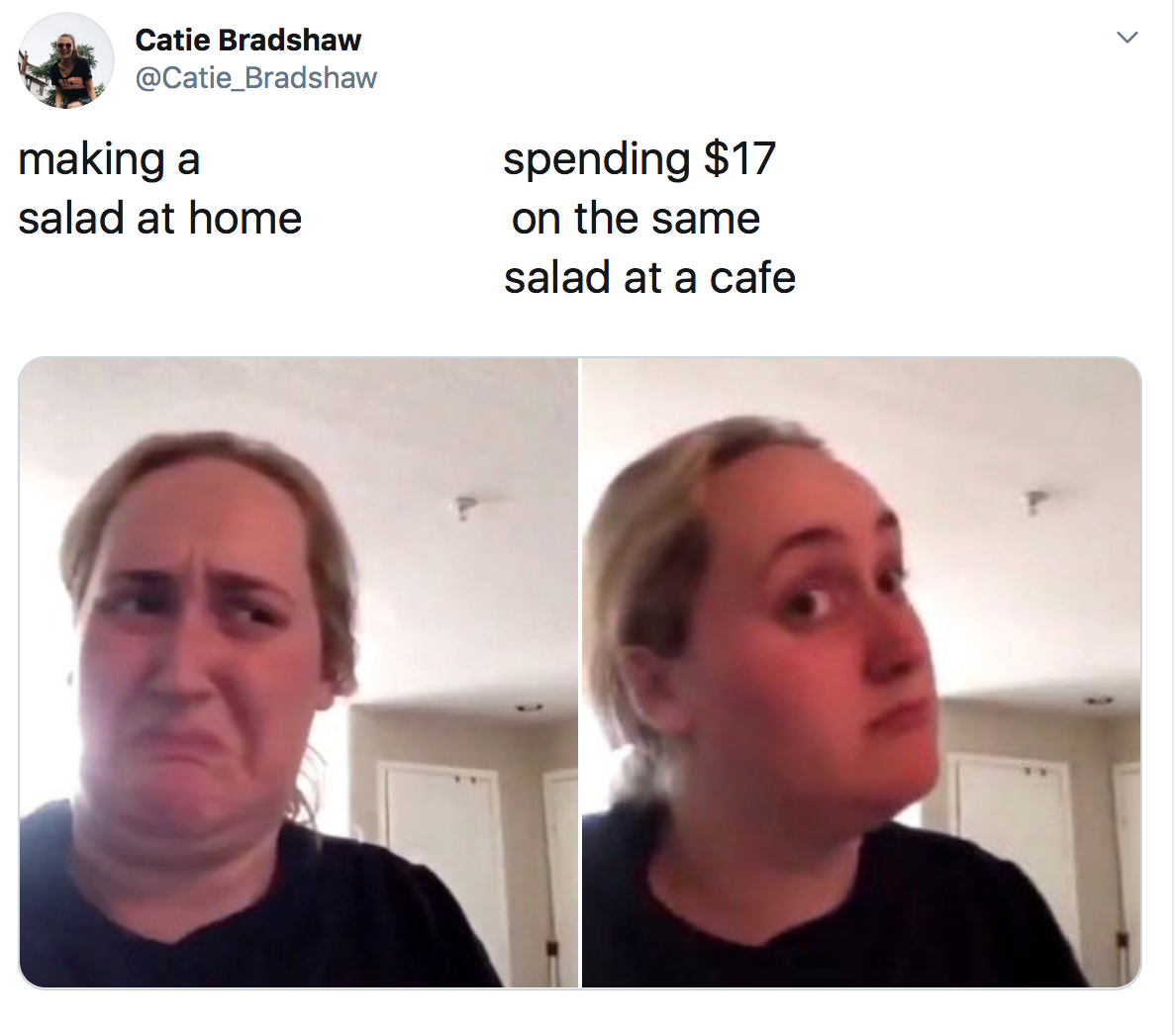 This meme originated from TikTok, where 22-year-old Brittany Tomlinson shared a video of her trying Kombucha for the first time. Her reaction launched thousands of memes, with the original video getting over 365.5k shares and 2 million likes. And she became an overnight sensation.

That’s the power TikTok has in the current social media landscape. As marketers see memes take off, it stands to reason that with the right content, the platform can help you reach millions of people and make your brand go viral.

But what is TikTok really? How does it work and how is it relevant for marketers? Most importantly, can you actually use it to reach your target audience?

First, let’s start with some TikTok 101 by analyzing what the platform does and what features it offers.

TikTok is a video-sharing social media platform, which we originally knew as Musical.ly. It has a few similarities with the now-defunct Vine app in that its main focus is on short, bite-sized videos.

Although TikTok originally made a name as a lip-syncing app, it’s a lot more than that. Here are some of the features that users can explore on the platform:

TikTok lets users create videos by recording them directly using the app. But you can also upload a video from outside the app. The video recorder lets you choose whether to create a 15-second or 60-second video.

If you want to upload a longer video, you’ll have to combine multiple videos from your drafts. This option lets you upload videos of up to five minutes.

Music is the cornerstone of the TikTok platform. Users can even discover new content by clicking on a track link and conducting a search of clips that use the song. So adding a popular song in your video will increase your chances of trending in the community. With its Apple Music integration, the app lets you browse through a robust music library and find the perfect sound to add to your video.

TikTok also boasts of features like duet, which helps to nurture engagement within the community. This feature does exactly what the name suggests–it lets you create a video with another creator and will split the screen in half to show both cameras. Most users use this feature to sing or dance to the same song. Some even use it to develop corresponding videos much like comedy shorts.

What users love about the app is the ability to edit their videos with different filters and effects. You can even add stickers, emojis, text, transitions, GIFs and time effects to make your videos more visually compelling.

TikTok also comes with a feature that lets you stream live video broadcasts. But note that this feature is only available for select users with more than 1,000 followers.

Like with social media platforms such as Instagram and Snapchat, TikTok seems to appeal most to a teenage and young adult audience. A GlobalWebIndex analysis found that 41% of the app’s users were between the ages of 16 and 24.

On a geographical aspect, most of the app’s users are from India and China. But the United States ranks third with 123.8 million downloads coming from the country and making up 8.2% of the app’s total downloads.

Why is TikTok so popular?

Most of us hadn’t heard of TikTok until a couple of years ago and it’s been quickly rising in popularity since. Now even celebrities like Kevin Hart, Usher and Jenna Boyd have joined the platform to engage with fans.

So what makes TikTok so popular? Why is it getting so much recognition and why is it growing so fast?

Since each video has the platform’s watermark along with the username of the original content creator, it leaves little room for plagiarism and gives due credit. Plus, when people watch those downloaded videos on other social platforms, they’ll know exactly where to go to and which users to follow if they want more of it.

In addition to this, viral challenges have also contributed to the platform’s growth. Users and brands alike come up with challenges that eventually become viral and compel other users to participate. These challenges are also highly effective for enticing non-users to join the platform.

In fact, it was one of these challenges that fueled the massive popularity of Lil Nas’ “Old Town Road”. In April 2019, users began creating videos where the song served as a signature element of these videos, which urged fans to find it on streaming services. This eventually pushed “Old Town Road” to the Billboard charts.

More recently, TikTok users have come up with a new challenge called #seeya, which creatively uses a specific video filter effect and has already garnered over 1 billion views. However, TikTok moves at such a rapid pace that even by the time of this article’s publication, you’re likely to see a completely new set of trends and hashtags dominating the Discover page. 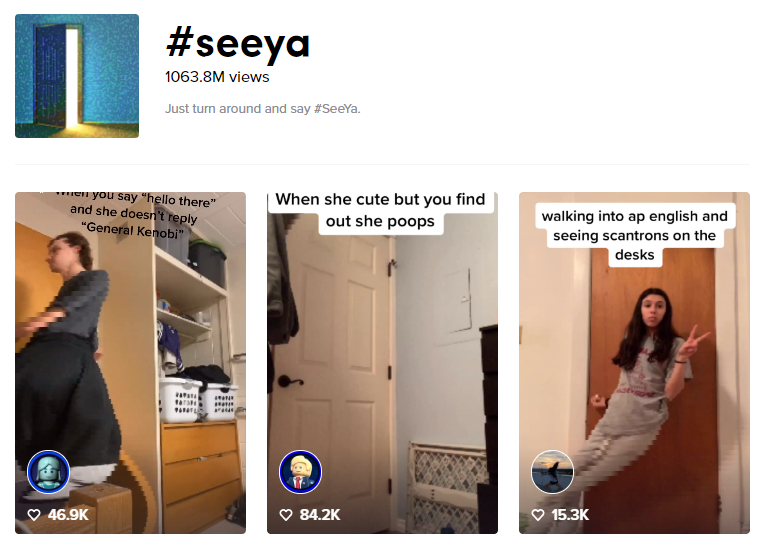 How can you use TikTok for marketing?

As mentioned earlier, TikTok gets millions of downloads in the U.S market. Compared to other social media apps, it also sees the highest percentage of active users aged 20 and lower. On top of this, American users are spending more and more money on the platform. By October 2019, they had collectively spent $23.1 million in TikTok in-app purchases

Here are a few TikTok marketing ideas that might help:

When Guess launched the #InMyDenim challenge, their campaign saw a 14.3% total engagement rate. Plus, their business account gained 12,000+ followers from scratch.

Influential content creators on TikTok have millions of followers and drive tons of engagement. So if you’re going to promote your brand on the platform, work with them to amplify your efforts. You could have them create content featuring your product or brand, or in a theme relevant to your industry. Plus, you could even use their influence to jumpstart your branded hashtag challenge.

For Universal Pictures, TikTok influencers played a major role in the promotion of their movie, “The House with a Clock in its Walls”. They partnered with 10 influencers who each created ‘magical’ stories using the hashtag #FindYourMagic. These videos garnered a total of 1.3 million likes and even resulted in 19k+ more videos from other users.

The brand also gained 11k+ new followers in just six days. Till date, the hashtag has amassed over 80 million views on the platform.

Final thoughts: Is TikTok a good fit for you?

While TikTok marketing can be extremely powerful when executed strategically, it may not be the right move for every brand. Since it’s best for reaching a Gen Z audience, B2C brands that are targeting older generations should take caution before deciding to use the platform. In addition, TikTok might not have much potential to reach the target audience of B2B companies in its current state.