An Inside Look at Google’s Future Plans

Everyone talks about algorithm updates, but Google does a whole lot more than adjust algorithms.

Some of the moves they are making are really going to impact your marketing efforts.

So, what are these non-algorithm changes?

If you aren’t familiar with the concept of ambient computing, here’s a quick definition:

Ambient computing is a term that encompasses many different concepts. At its core, it is the combination of hardware, software, user experience, and machine/human interaction and learning, all of these things becoming the idea of using a computer or internet-enabled device, without necessarily consciously using it.

In other words, Google wants you to use them 24/7 no matter where you are or what you are doing. They are doing this by integrating products everywhere.

Whether it is Nest, Android devices, Chromebooks, smartwatches, Google Home, or anything else they can drum up.

Because their mission is to spread the usage of all Google related products, it will eventually open up new ways for you to drive traffic and monetize. 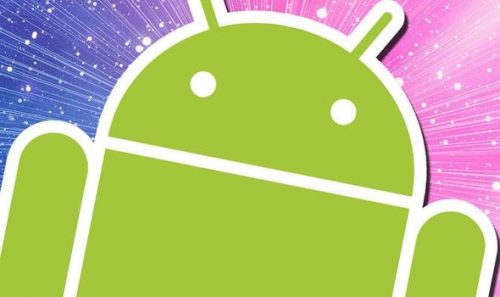 And in addition to apps, you’ll need to start looking at generating traffic through all voice devices. Phones, watches, and even the smart home assistants that Google is creating leverage voice search. If you don’t think voice search is that important, 50% of searches are now voice-based.

Question is, are you going to create one first or is your competition?

Change #2: Future generations are more likely to be hooked on Google devices

Do you have a Chromebook? Chances are you don’t.

But if you have kids, or nieces or nephews, ask them if they have ever used a Chromebook.

Chromebooks are not only affordable, but they are taking over the world, at least when it comes to millennials and generation z.

Just look at the percentages of schools that use Chromebooks.

In some countries like the United States, 60% of the schools use Chromebooks.

Apple has also been trying to penetrate classrooms, but they haven’t been having the same success as Google.

All this means is that kids are going to grow up using Google devices and fall into their ecosystem.

Sure, social sites like Instagram, Tiktok, or whatever else is new will always be popular, but the chances are these young kids will get to those sites using a Google device.

Change #3: Expect Google to buy someone big in the ecommerce space 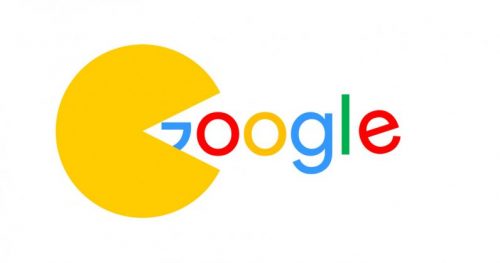 When you think of ecommerce, what name comes to mind?

I bet you are thinking of Amazon.

We all use Amazon and, of course, every major tech company wants a slice of the ecommerce market.

Google’s been trying to take a piece of that market for years. From shopping actions to Google Shopping nothing has really been too effective.

Google hasn’t made any big ecommerce or commerce purchases in general but you can expect that to change.

If you are selling products online you should, of course, be on Amazon, but don’t rely on them. Make sure you have your own website and look to see what platform play Google makes as you may eventually want to consider moving over to whatever they buy.

And no, I don’t mean they are going to create something better than an iPad or an iPhone.

Apple, at its core, is a hardware company and they are clearly the winner when it comes to producing amazing devices that we use. But there is a big issue with Apple devices and even Samsung devices.

Google, on the other hand, does have high-end devices, but they also try and produce affordable devices. They also let other manufacturers use their operating system for their phones.

Their goal isn’t to make the most money per phone. Their goal is to get everyone in the world using their hardware.

Because that means they are collecting more data and that allows them to generate the most amount of money from advertising because all of these devices drive people to their search engine that is filled with ads.

They aren’t just using this strategy with their phones, they are trying to make all of their products affordable. That way people all over the world can afford them.

Because if you live in places like Brazil or India, Apple devices are too expensive, which leads people to choose a Google device.

Less than 5% of the world lives in the United States… the money is in the global markets.

If you are debating which platform to build on, consider Google, even if it isn’t the sexiest due to sheer volume. Android’s market share is roughly 87% because of its affordable hardware and partnerships.

Right now you mainly see ads on their search engine.

Yes, you will also find ads on some of their other properties like Maps, but expect them to be everywhere.

Over the next few years, I bet you’ll see Google dip into offline advertising.

They have data from the Google devices in your home and the watch on your wrist and they know where you going through Waymo… essentially, they have more data on you than anyone else.

Heck, they are even starting to offer checking accounts.

With all of that data, who better to serve you offline ads? They’ll be able to target people better and make them more relevant.

This will also increase the value (cost) of offline ads as well as online ads in the long run.

Change #6: Search results won’t look the same in the future

You are probably going to hate this change the most, but it will also make their search engine more usable.

They are testing a lot of different ad types.

For example, as a business, you can collect leads through Google.

And eventually, you’ll just be able to book a hotel room right on their search engine without going to the hotel’s website.

The same will happen with mortgages, auto insurance, and many more industries.

This doesn’t mean that SEO will be dead or no one will go to your site from search engines, it just means you will have to adapt.

For example, you can create educational-based content, rank highly, and when people land on your website, you can convert them through sales funnels.

The future isn’t going to look the same. Companies like Tesla aren’t the only ones who are innovating, most big companies are.

Don’t expect Google to just stay the same and not adapt just like every other tech company is trying to do.

It’s the only way to stay ahead and win.

As marketers and entrepreneurs, Google won’t be the only one disrupting how you are growing your sales and traffic.

Be productive with your time and focus on adapting. Because when you are adapting while your competition is complaining, you’ll win.

What other changes do you see Google making in the future?